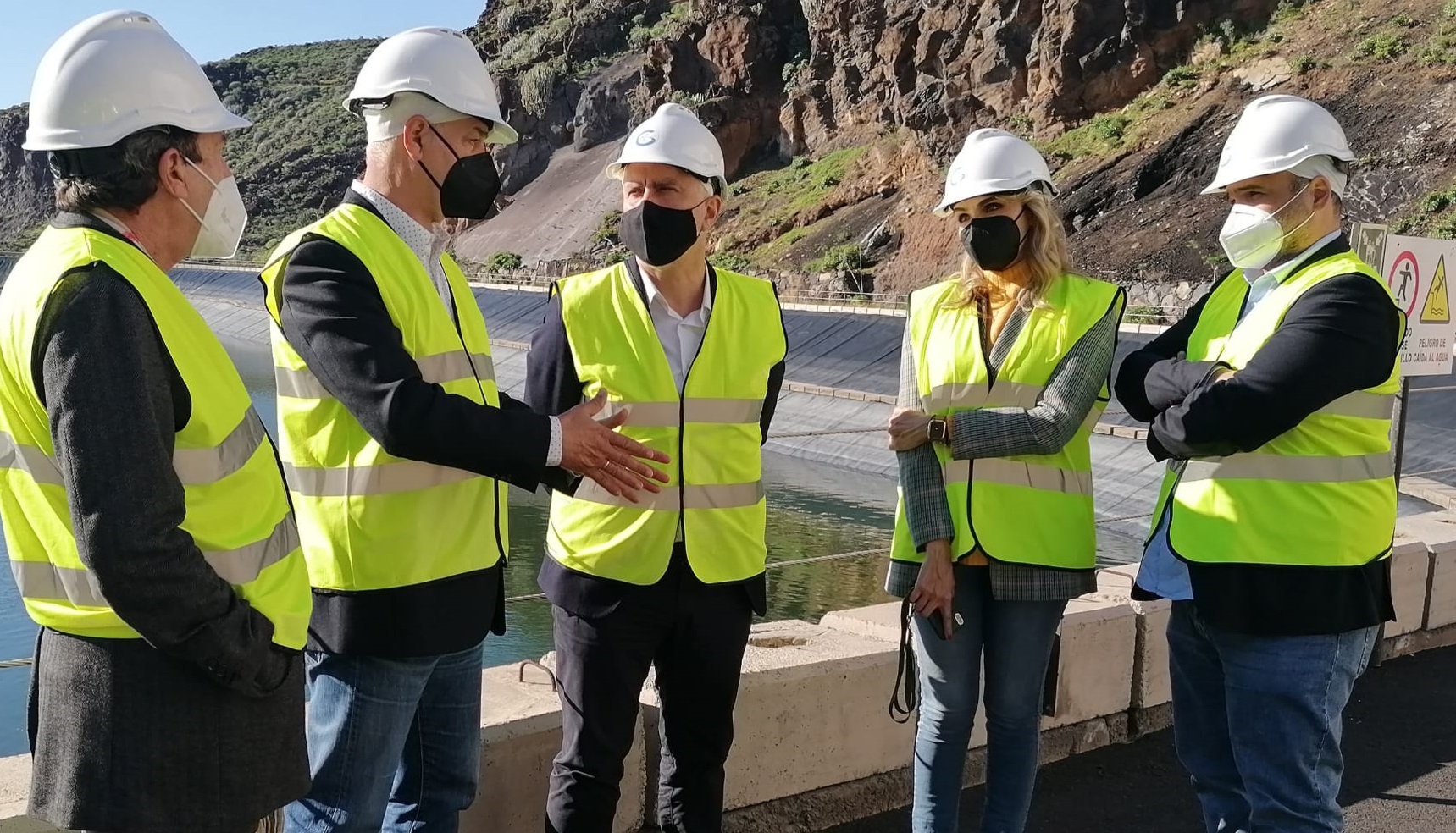 The President of the Government of the Canary Islands, Ángel Víctor Torres, visited the Wind-Pumped Hydro Power Station of El Hierro Island this morning, in the company of the president of the El Hierro Council and also Gorona del Viento, Alpidio Armas, well as the CEO of the Company, Santiago Gonzalez.

During the meeting, the regional president referred to the El Hierro energy model as a benchmark in energy self-sufficiency, with proven results for the rest of the islands and with benefits that go beyond those derived from generation itself. “This is the boost that Gorona del Viento has given and will continue to contribute to the commitment to renewables in the Canary Islands and the change of model towards a green and sustainable economy,” said the president.

Alpidio Armas, for its part, explained to Torres, are the pathways that Gorona del Viento intends to follow in order to achieve a zero-carbon footprint in El Hierro, depending on the increased use of clean energy on a large scale, enhancing the self- consumption, as with the promotion of citizen awareness, the decrease in demand and the efficient management of large-scale energy-consuming industries such as water production.

In this sense, the Herreños representatives exposed the need for the Regional Government to take into account the advantage that the island of Meridian has in the field of using renewable energy and what are the existing needs to continue advancing in the achievement of valid results to apply in other territories. “El Hierro has the ideal conditions to continue being a full-scale sustainability laboratory in which actions are implemented that can be replicated in other territories, helping to promote the change in the economic model, to promote the Canary Islands as a clean destination, to favor a dynamic economic structure, a stable employment niche and favoring a profitable industry for the islands”, stated Armas.

Both the regional president and the Minister of Ecological Transition Government of the Canary Islands, Jose Antonio Valbuena, also present at the visit, recalled that the Autonomous Executive recently approved the Draft Canarian Law on Climate Change and Energy Transition, a reflection of the social conscience of the Archipelago for its commitment to clean energy. He referred to the need to take advantage of the solidarity funds of the European Union so that they serve for the transformation of society towards that green economic model that takes El Hierro as an example.

Along these lines, Torres and Valbuena made mention of the use of new energy sources that are combined with existing large-scale ones such as wind, solar and hydraulic, as well as improving storage capacity.