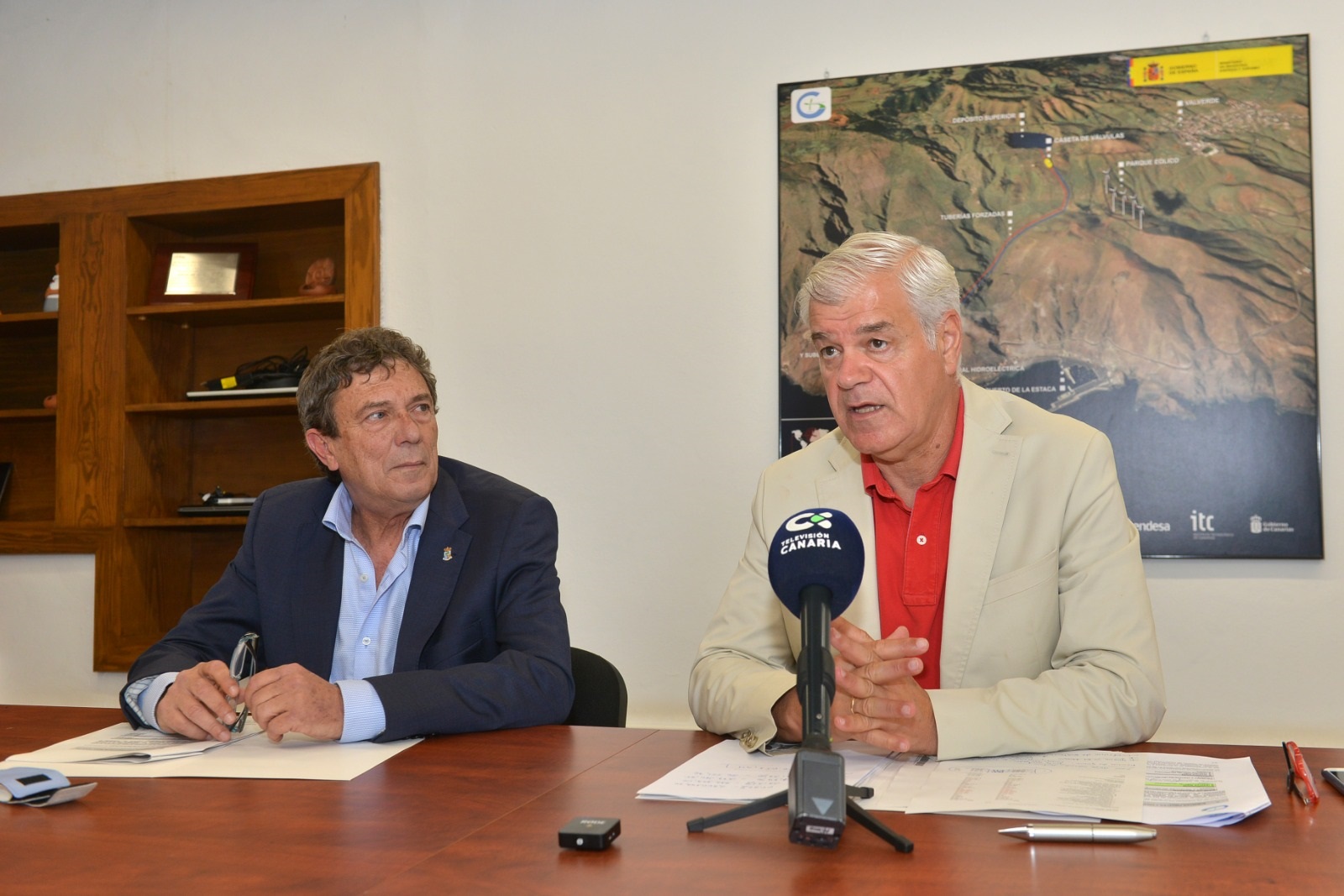 Gorona del Viento El Hierro, S.A. today held its ordinary general meeting, at which it approved the distribution of 3.5 million euros in dividends, corresponding to the 2021 financial year. Of this, 2.3 million euros will go to the Cabildo de El Hierro, as the majority shareholder of the company and owner of almost 66% of the shares.

“This is great news for the island, once again proving that the Hydro-Wind Power Plant does bring benefits for its inhabitants, and that in addition to the environmental, promotion and visibility benefits, or the promotion of sustainability policies, the Gorona del Viento project has economic benefits for the people of El Hierro,” stated the president of Gorona and the Cabildo, Alpidio Armas, after the meeting.

“Although Gorona del Viento does not have the power to modify the price of electricity, as all Spaniards are charged in the same way, as a regulator by law, the participation of the Cabildo in the company is the way in which the people of El Hierro can receive the economic benefit in a more direct way. It is worth remembering that the island’s Institution has been using these dividends for aiding the installation of self-consumption, the purchase of electric vehicles and recharging points, the financing of employment plans such as the Red Cross’s Educating in Energy Saving programme, among many other things,” added Armas.

Compared to the previous year, Gorona del Viento increased its profits by more than one million euros. The CEO, Santiago González, like the president, spoke of the company’s good financial health. González, in turn, explained that Gorona will continue to focus its efforts on Corporate Social Responsibility which, so far, has enabled it to carry out actions such as providing free energy to all electric cars on the island and visitors through the 7 public charging points, launching initiatives to raise awareness of environmental savings, promoting the development of major sporting events and enabling clubs that bring together numerous sportspeople to carry out their activities.

In addition, and as one of the most important actions, Gorona del Viento has set up an Environmental Sustainability and Innovation Office, which until now has provided advisory services to individuals, companies and institutions, and which will now expand its range of activities to become the cross-cutting axis of sustainability on the island for citizens. “Aid, advice and socio-economic promotion for citizens will be dealt with in an office in the main street, a participatory office and a true reflection of the interaction between Gorona del Viento, a company open to the public, and the public itself,” added the councillor.

The company, which is mostly public, is also made up of the Government of the Canary Islands, with 3.23% of the shares, the Canary Islands Technological Institute, with 7.74%, and Endesa, with 23.21%. The president explained that this has been a changing configuration because, since the company was set up in 2004, the Cabildo has been acquiring shares, taking into account the importance of this project for El Hierro. However, he emphasises the participation of the other shareholders as technological partners, providing stability and technical and political security.

Still, according to the president, the Cabildo hopes that its participation will continue to grow, given the benefits that this will bring to the island. “The distribution of these 2,360,343 euros is now the most quantitative proof of the positive impact the hydro-wind power plant has on El Hierro. This money will allow us to implement policies thanks to which citizens will perceive this project of worldwide relevance even more directly as theirs. Just as they perceive as their own the involvement of the Institution in the implementation of the plant, because the Cabildo’s economy is public money, they should also proudly perceive as their own the fruits being harvested now that the plant is already successful,” said Alpidio Armas.

Since the project of energy self-sufficiency with renewables exceeded the threshold of 40% coverage of annual demand, or even since the diesel engines were completely stopped for two hours on 9 August 2015 to give way to 100% clean energy, the power plant has become a benchmark for the sector. Never before had an isolated territory been able to rely exclusively on intermittent sources, giving stability to the electricity system; El Hierro has been able to do so, even for more than 24 consecutive days, and this shows that maximising the use of renewables is possible when the resource is available and using the right technology.

“To reach 100% all year round, obviously due to a lack of wind in some periods and to storage possibilities determined by the capacity of Gorona del Viento’s water reservoirs, it is necessary to continue working on the implementation of other technologies such as photovoltaic from the point of view of generation, as well as improving efficiency and energy savings, from the point of view of consumption”, concluded Santiago González.