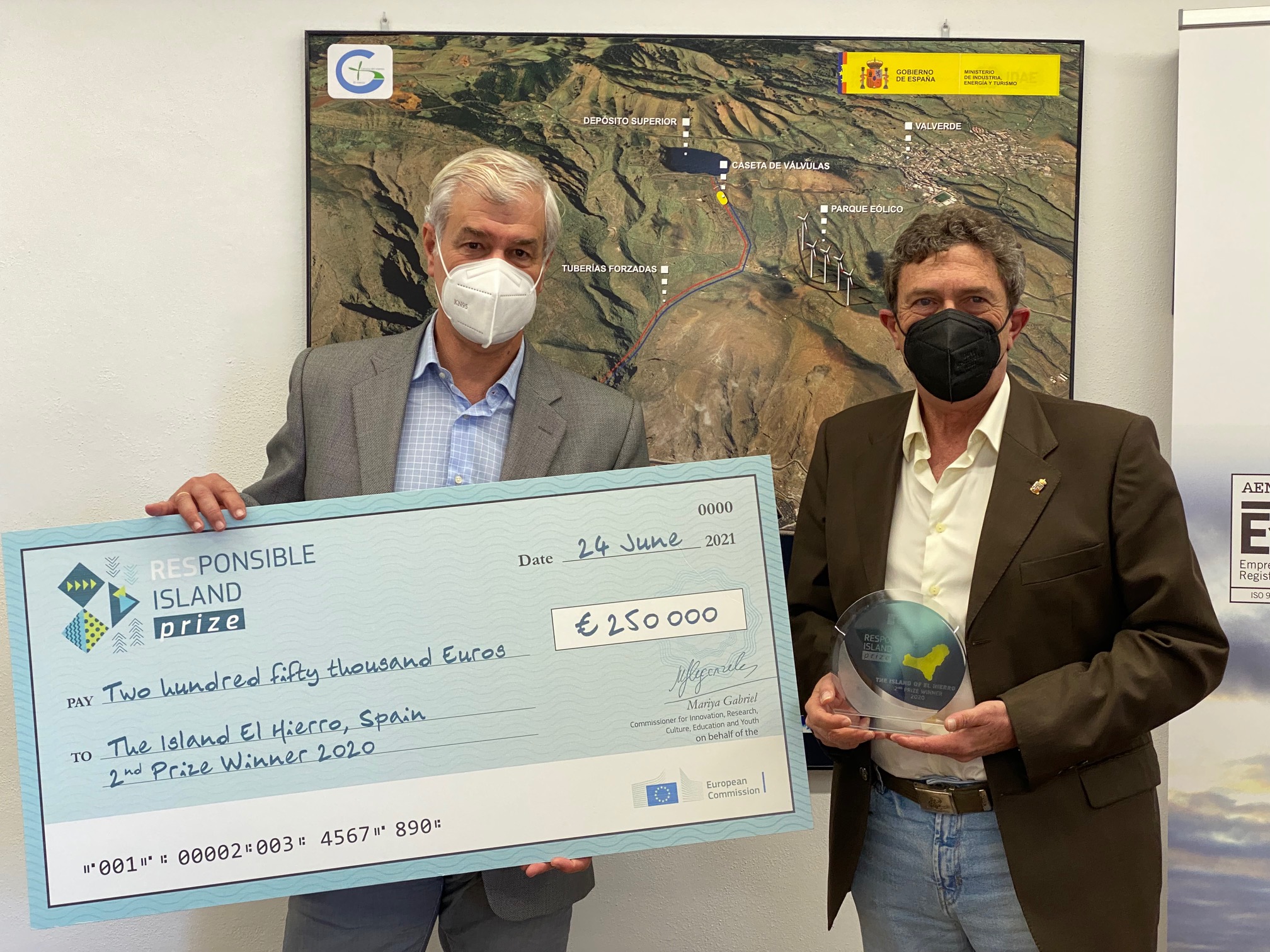 The island of El Hierro is awarded the RESponsible Island Prize

Gorona del Viento El Hierro, representing the Meridian Island, has won second place in the RESponsible Island Prize, a competition sponsored by the European Commission within the framework of the Horizon 2020 project.

The prize, worth €250,000, was awarded for achievements which included the island’s annual levels of electricity generation from renewable sources; the commitment to clean transport, with free charging for electric vehicles at the 7 charging points installed by Gorona del Viento at strategic locations; and local community involvement by means of awareness-raising campaigns.

In evaluating the project from a more technical point of view, important weight was given to the fact that the El Hierro electricity generation system is isolated, and not connected to any other territory. The Wind-Pumped Hydro Power Station has demonstrated that a reliable power supply can be generated from renewable energies, even if they are from intermittent sources, in order to give stability to the network. In the case of El Hierro, this is accomplished by combining a wind generated system with a hydraulic system. The latter is used to store energy in a higher-level reservoir, and to produce electricity by means of turbines when there is little wind — and to regulate variations in the supply of wind energy. This is a pioneering project that is now inspiring other territories, such as Ikaria, in Greece.

The Chair of Gorona del Viento, Alpidio Armas (also President of El Hierro’s Island Council) today congratulated the entire island population, to whom this important international recognition is extended. At the same time, he thanked his business partners for supporting the nomination, and highlighted the role played by the Canary Islands’ Institute of Technology and by its head, Gonzalo Piernavieja, in putting the entry together — along with the staff of Gorona del Viento.

The European Commission today broadcast online the ceremony announcing the prize winners, with Mr Armas in attendance. Mariya Gabriel, EU commissioner for Innovation, Research, Culture, Education and Youth, said that, “the islands can be an inspiring example of how to involve local communities and citizens in accomplishing ambitious European Green Deal objectives. “This, together with the transformation of local energy generation systems using innovative renewable energy technology, is what the RESponsible Island Prize is all about. “My warmest congratulations to the prize winners, who will inspire other islands and energy communities”.

First and third prizes in the competition were won by Aero in Denmark, and Tilos in Greece. Both owed their success to advances in the field of renewable energies and to the degree of involvement by their citizens in the change of energy model.

The European Commission launched the RESponsible Island Prize in 2019, to reward success in local renewable energy production of electricity, heating, refrigeration and transport on islands. The name of the prize is alludes to the combination of renewable energies (RES) and responsibility. The prize is in line with the Clean Energy initiative for islands within the EU, which provides a long-term framework for supporting islands to produce their own energy from renewable, clean and cheap sources.

The European Green Deal is the road map to ensuring the sustainability of the EU’s economy, and the prize showcases leading projects that can help to support other communities. 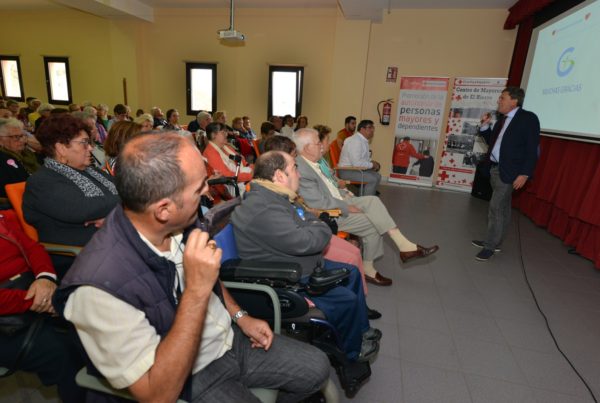 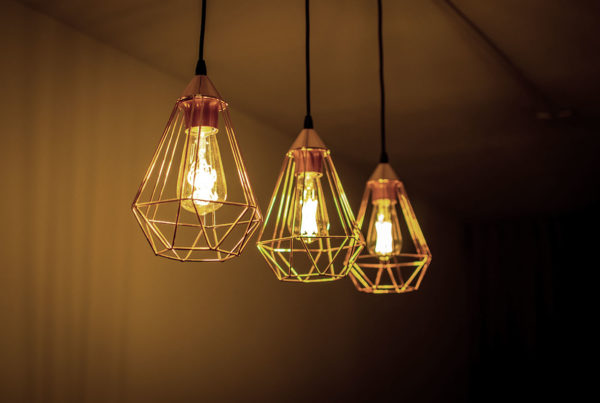 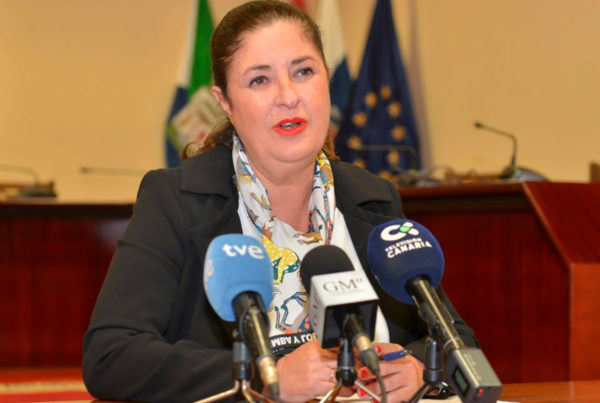