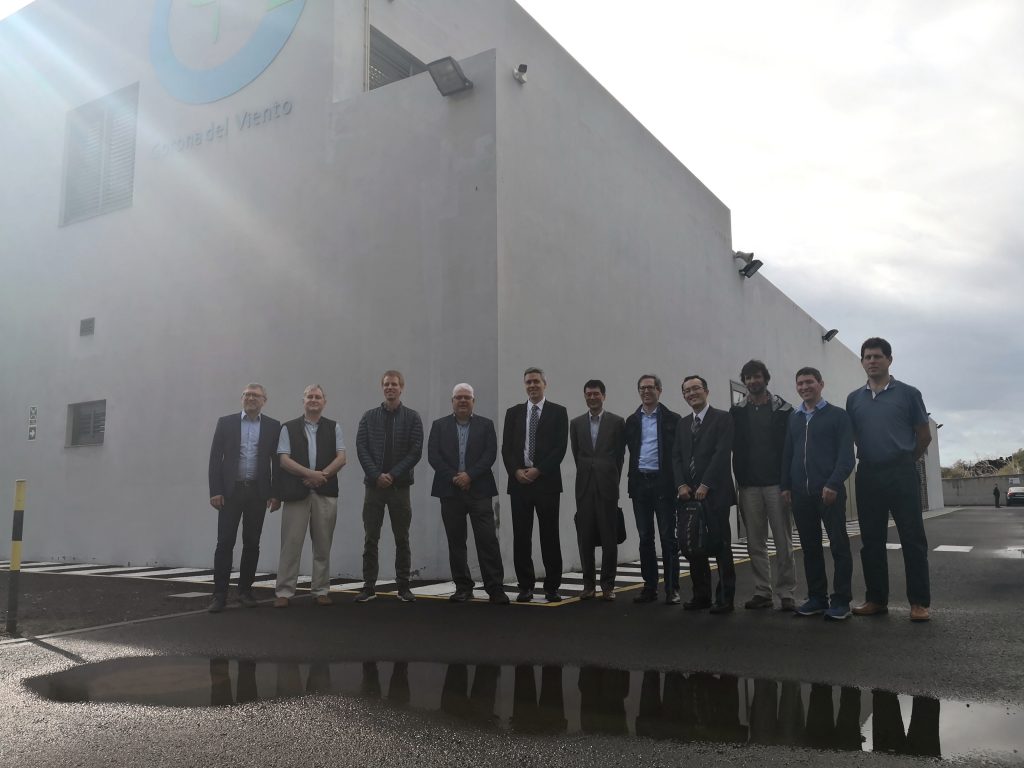 The group of experts who participated in the Spring (TASK-14) meeting of the International Energy Agency (IEA) today visited the El Hierro Wind-Pumped Hydro Power Station. Accompanied by Juan Pedro Sánchez, Chief Executive Officer of Gorona del Viento, they had come to find out what objectives have been achieved by the initiative, and what economic and environmental benefits have been gained on the Island since its inception.

Today, the Meridian Island welcomed the IEA’s TASK-14. The experts had travelled from a diverse range of countries including Germany, Switzerland, Denmark, Austria and Japan. The main agenda items were a review of the current picture in relation to photovoltaic energy (both at a global level and in relation to each individual member country); a review of the 2018-2021 work plan tasks; and a discussion of the challenges involved in integrating the transport network operator with the distribution network.

Before the visit, Juan Pedro Sánchez had welcomed members of the Photovoltaic Power Systems section. The Chief Executive Officer expressed his appreciation of the choice of El Hierro as the location for this important meeting, as it provides proof that the island’s Wind-Pumped Hydro Power Station project has gained international recognition. Mr Sánchez reminded those present that “the Wind-Pumped Hydro Power Station is not merely an energy self-sufficiency scheme using clean sources of energy; rather, the Gorona del Viento El Hierro plant is an idea, a model that is helping to strengthen collaboration with territories worldwide.”

“Gorona del Viento is a living project that is constantly producing improved results, and which is now in a position to explore new operations focused on increasing the penetration rate of renewable energy on the Island. These are operations in which solar energy could play a major role,” said the Chief Executive.

Ricardo Guerrero, Spain’s representative on TASK-14, stated that “for the Canary Islands, and for El Hierro in particular, it is a positive sign that a consensus existed between the member countries of the IEA to hold this meeting in a place which, in the field of renewable energies, has such a high profile at an international level. The colleagues alongside me are very interested in seeing for themselves the incredible developments taking place here, but they have also come with something to offer—photovoltaic energy is vital on El Hierro if the island wishes to continue progressing towards the achievement of 100% renewable energy”.

The IEA’s Photovoltaic Power Systems group was set up in 1977 with the main aim of encouraging international collaboration in order to pave the way for the adoption of photovoltaic solar energy in the transition to renewable energy systems. The International Energy Agency is an autonomous body that works to ensure the use of reliable, safe and clean energy in its 29 member countries. Spain has been a member since the organisation was founded in 1974.