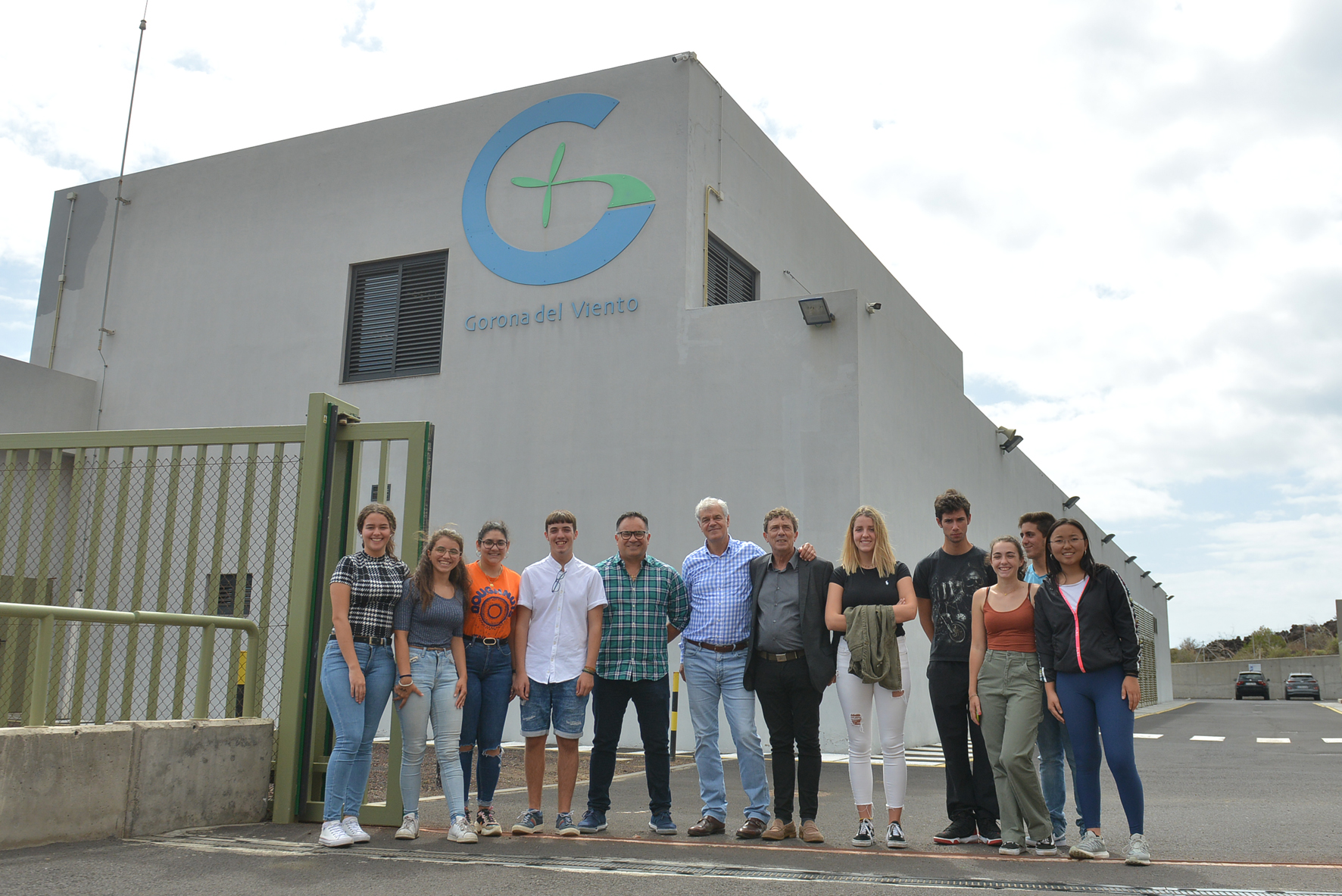 Today, 11 October, the students who were beneficiaries of Gorona del Viento’s Linguistic Immersion Programme gathered at the El Hierro Wind-Pumped Hydro Power Station to share their experiences of the various summer courses they attended.

The foreign language immersion scholarships fall within the framework of the Power Station company’s Social Action programme—which every year provides funding for activities that will have a positive impact on El Hierro society. A total of €60,000 has been invested in boosting the foreign language skills of El Hierro’s students.

In total, 20 grants of €3,000 each were awarded to El Hierro Baccalaureate pupils. The funding can be used for a language immersion course in a country chosen by the student receiving the award, provided that the official language is English, French or German. The countries ultimately chosen by the students were Canada, the United Kingdom, Germany, Ireland and Malta.

Alpidio Armas, the Chair of Gorona del Viento, was also present during the students’ visit to the Power Station. Commenting on the grants programme, the Chair stated: “We wanted to do something linked to training that would be cross-cutting, and would benefit as many people as possible. That’s how we came up with the idea for the languages scholarships. The introduction of these grants provides an opportunity for young people on the Island to improve their future prospects”.

During the event, several of the students who received awards described their learning experiences. Manuel Domínguez, head teacher of IES Garoé [Secondary School] underlined that “there is no question that these placements are the best way to significantly improve the foreign language skills of our pupils, as these types of immersive experiences enable them to greatly improve their competence.

Thanks to these types of initiatives, we can now say that our pupils’ foreign language competence has advanced significantly, and that they are much more aware of the social realities of distant countries through their study of the language,” he went on to explain.

Also present was the new Chief Executive Officer, Santiago González, who emphasised the importance of integrating the social action policies with the strategic plan, while at the same time analysing the impact of the company’s activities on society: “The results show that the initiative has been a success, but we have even higher aspirations. For example, we aim to establish regulated specialised training in the renewable energy sector, which will add value over the long term,” added Mr González.

Gorona del Viento hails the grants programme as further proof of its commitment to social responsibility and as another step towards the achievement of the United Nations’ Agenda 2030 Sustainable Development Goals. The company will continue to promote initiatives of this kind, which combine an improvement in professional skills with a personal development experience.