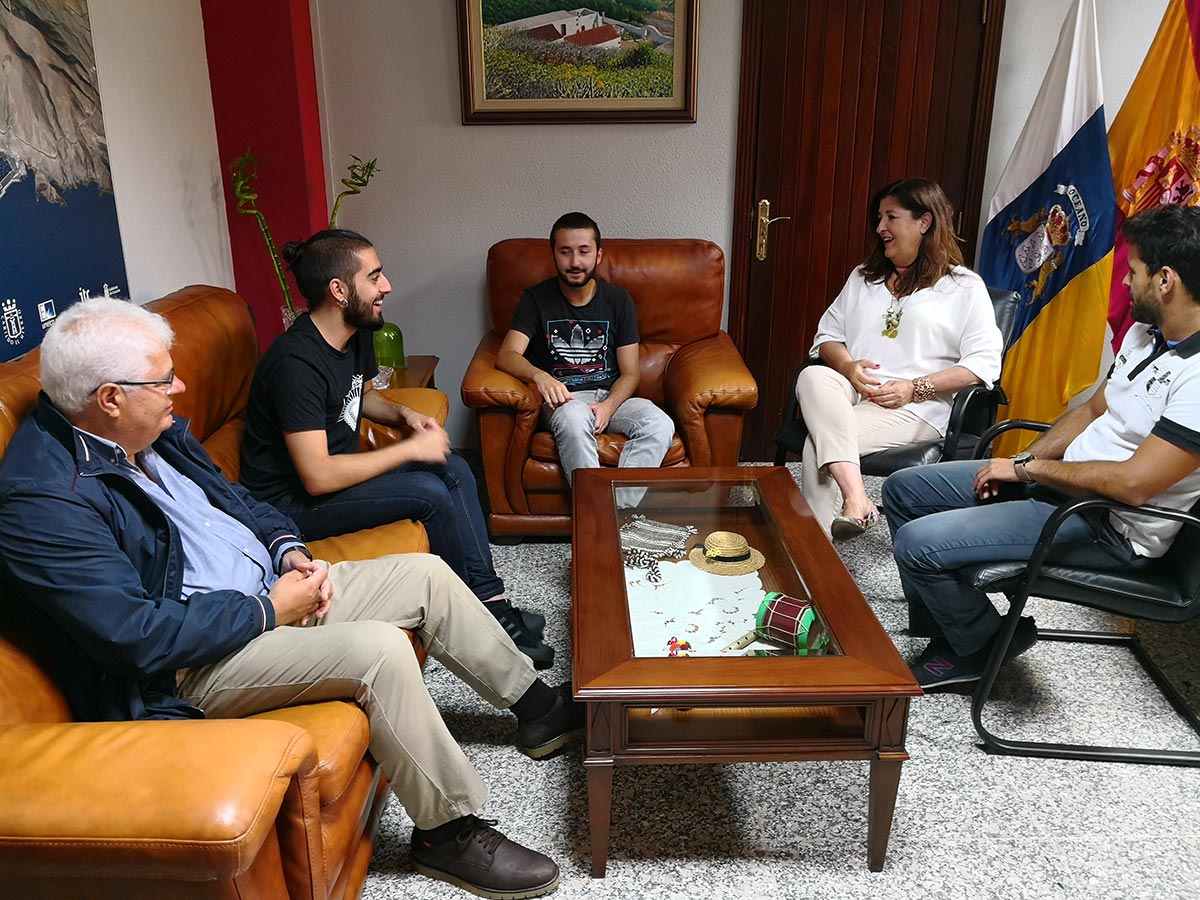 Gorona del Viento El Hierro is expanding its network of partnerships with education and training establishments with this year’s signing of an agreement with the private University CEU Cardenal Herrera in Valencia, with the aim of hosting its students on practical placements, joining others who, by virtue of existing agreements, are already undertaking training at the Wind-Pumped Hydro Power Station 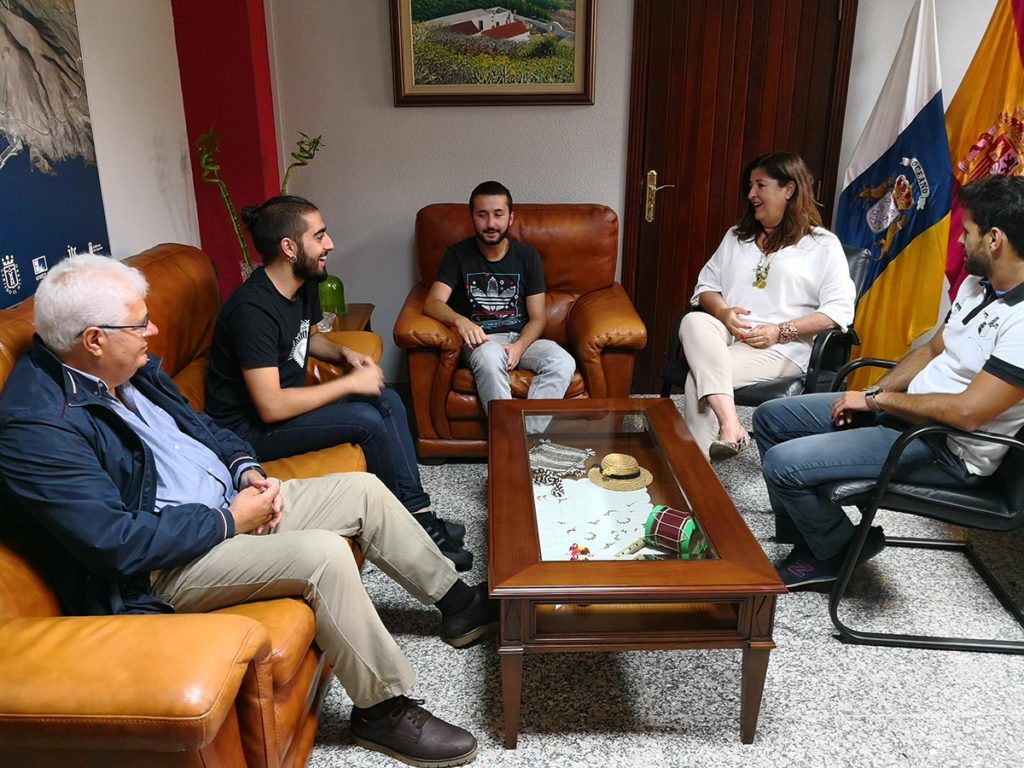 The president, Belén Allende, and the CEO of Gorona del Viento, Juan Pedro Sánchez, together with the students.

“Over 70 students have been able to benefit from the training opportunity offered by Gorona del Viento. This is something that we welcome and take pride in from the perspective of supporting the educational community, one of the principal wider social objectives of Gorona del Viento, as well as for the benefits gained by the population of El Hierro by us granting access at both national and international levels. This brings a benefit in the form of a boost to the growing numbers of scientific tourists to the Island, attracted by the Wind-Pumped Hydro Power Station,” stated Gorona’s Chair, Belén Allende.

Currently completing their training with a practical placement at the Power Station are students from the Eibar School of Engineering at the University of the Basque Country (Universidad del País Vasco), a placement which is being rolled out for the fifth successive year. Within a few weeks, Gorona del Viento will begin welcoming students from the Universidad CEU Cardenal Herrera, a subsidiary of the Fundación San Pablo CEU (a private university), in addition to those able to benefit from other new agreements through which the El Hierro-based company is working to expand its network of partnerships with schools and universities, both nationally and internationally.

Interest in the Wind-Pumped Hydro Power Station as a global benchmark project from students specialising in the energy sector has been growing to a point where Gorona has now reached agreements with over twenty educational institutions, including those from the Canary Islands such as IES Garoé (El Hierro), IES San Matías (Tenerife), the Universidad de La Laguna and the Universidad Europea de Canarias, as well as other establishments within Spain and abroad. Spanish universities involved include the Universidad Politécnica de Madrid, the Eibar School of Engineering as already mentioned, the Universidad Alfonso X El Sabio and the Universidad de Alcalá, while Germany is represented by the OSZ TIEM from Berlin. Agreements have also been reached with several French institutions, among others.

“This initiative has been driven forward by the efforts of Gorona and the educational establishments at an institutional level, and those of the company’s technical team, which has to combine its work of running the Wind-Pumped Hydro Power Station with ensuring that the practical placements are productive and beneficial for the students who aspire to be the workforce of the future, and of working towards a new model of energy generation based in the short term on renewables,” added the Chair of Gorona del Viento.

Although students began responding to the offers of practical placements from Gorona del Viento while the Wind-Pumped Hydro Power Station was still under construction, demand has increased in recent years, as the importance of El Hierro’s electricity supply system based on renewables has gained international recognition. So much so that since the scheme began, the company has had to step up its efforts to accommodate most of the compulsory placements applied for by students, recognising that it is a great benefit to training and that it also contributes to promoting the Island as a scientific tourism destination focused on sustainable development and respect for the environment. “It’s not just a matter of the students themselves coming to stay on El Hierro: we can add in the visits by their families, and the fact that they will spread the word about the Island, and thus attract new visitors in the future. These are tangible results that encourage us to keep working along these lines,” pointed out Allende.