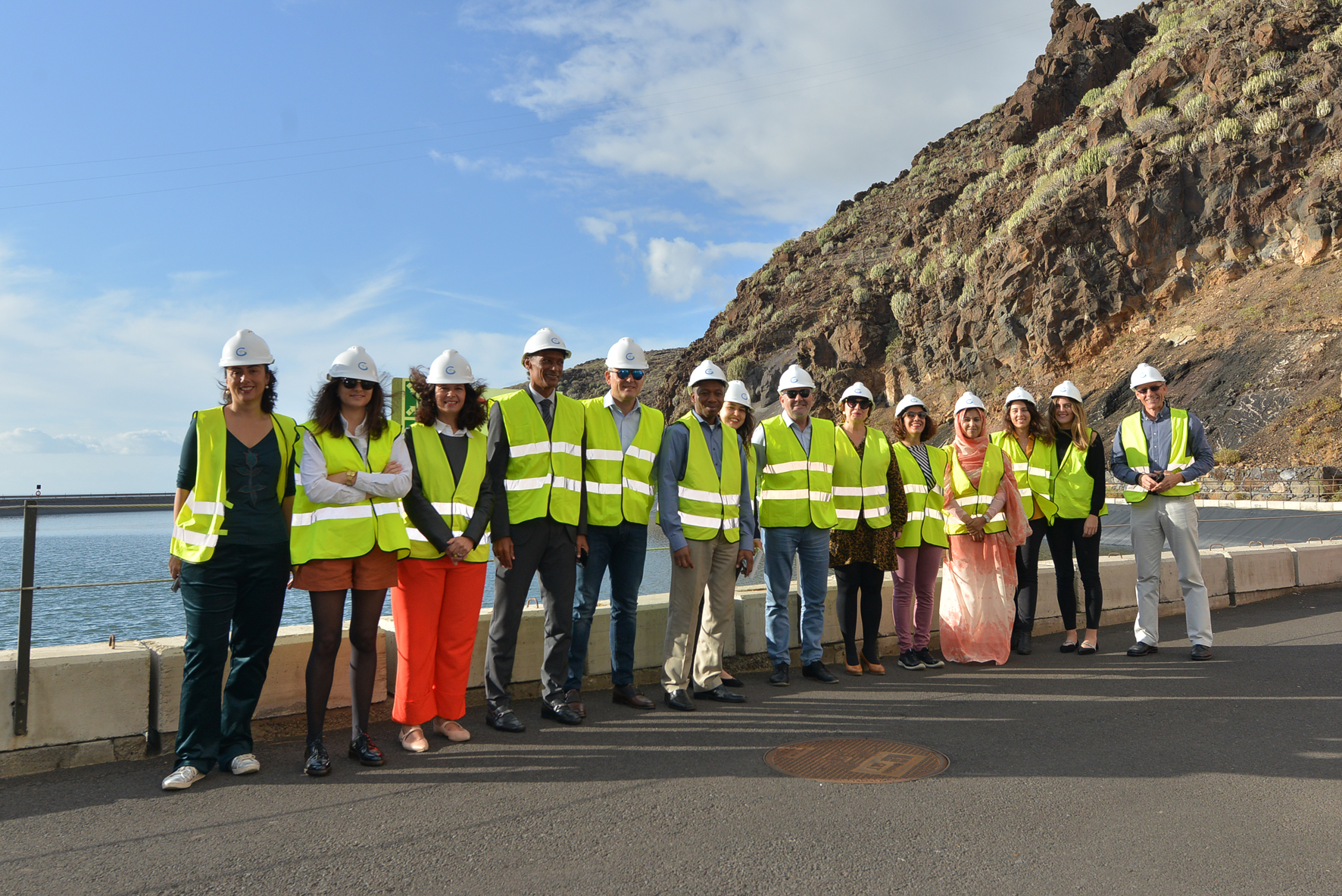 Representatives from Cape Verde, Mauritania and Senegal study Wind-Pumped Hydro Power Station’s hybrid technology model with a view to applying it in their own countries.

A delegation from the international cooperation project ConfiÁfrica today visited the El Hierro Wind-Pumped Hydro Power Station. Accompanied by Santiago González, Chief Executive Officer of Gorona del Viento, they had come to find out what objectives have been achieved by the initiative, and how this pioneering technology could be transferred to their own countries.

Gorona del Viento’s Chief Executive Officer expressed his appreciation of the choice of El Hierro as the location for this important meeting, as it provides proof that the island’s Wind-Pumped Hydro Power Station project has gained international recognition. Mr González reminded those present that “the Wind-Pumped Hydro Power Station is not merely an energy self-sufficiency scheme using clean sources of energy. Rather, the Gorona del Viento El Hierro system is underpinned by a unique technological model and human talent that is willing to collaborate with territories worldwide”. 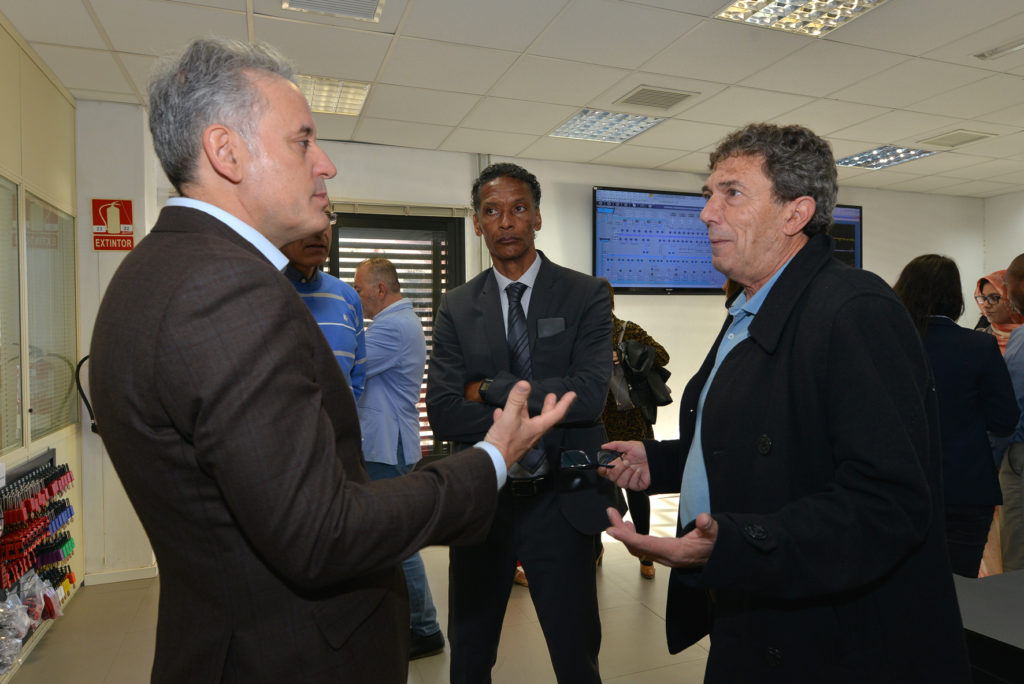 José González, the General Secretary of FEMETE, emphasised that “the trust generated by this project has helped to break down barriers and to build international relationships. Gorona del Viento is a jewel that acknowledges the importance of renewable energies, for the future not only of the Canary Islands, but for the whole world”.

Also present during the visit was Juan Carlos Betancor, Secretary of FEMEPA, who underlined the significance of the technology developed at Gorona del Viento: a system which is unique in the world, and which has the potential to apply its expertise to other isolated island energy systems.

“This visit to the El Hierro Wind-Pumped Hydro Power Station represents the perfect culmination of the project. We have seen how this system could be replicated in African countries, and specifically in Cape Verde as a country falling within the scope of this programme,” commented Yurena Ojeda, Casa África’s Business and Finance expert.

For reasons relating to its geography, Mauritania’s current projects are mainly focused on solar energy. Khadijetou Yahya, Director of Training, Employment and Innovation at the Mauritania Chamber of Trade suggested that combining energy could be the key to progress: “We are going to disseminate what we have seen today to businesses in the sector and to our national electricity supply company, to see how we can develop some of these new technologies in our country”.

Adrian Cruz, Secretary General of the Barlovento Chamber of Trade, showed a keen interest in the Gorona del Viento initiative, and in its possible application in Cape Verde. Mr Cruz highlighted “the ingenuity of this project, which combines and integrates different technologies, adapting them to a specific territory, in a way that can easily be applied in other real-life settings.” He also underlined the importance of collaboration projects such as ConfiÁfrica, which have allowed African countries to gain an insight into tangible projects in which they could invest.

Finally, Mahamadou Dabo, head of the Finance and Account Department at Dakar Chamber of Trade (Senegal), highlighted the beneficial nature of the visit which had enabled the various delegations to discover technologies that were new to them and, above all, to see how public-private collaboration can produce good results. “Thanks to this visit, we feel inspired. We have seen the excellent results, and we are thinking about how we could use the idea of combining two renewable energy sources in Senegal”.

ConfiÁfrica is an initiative set up in 2017, 85% co-financed by the Interreg: European Territorial Cooperation programme MAC 2014-2020 (Feder), with the objective of promoting business opportunities for small and medium enterprises in the Canary Islands and Africa. It works to encourage cooperation and collaboration to undertake joint business initiatives, and access new markets by means of strategic alliances, export, investment and tendering by consortia.