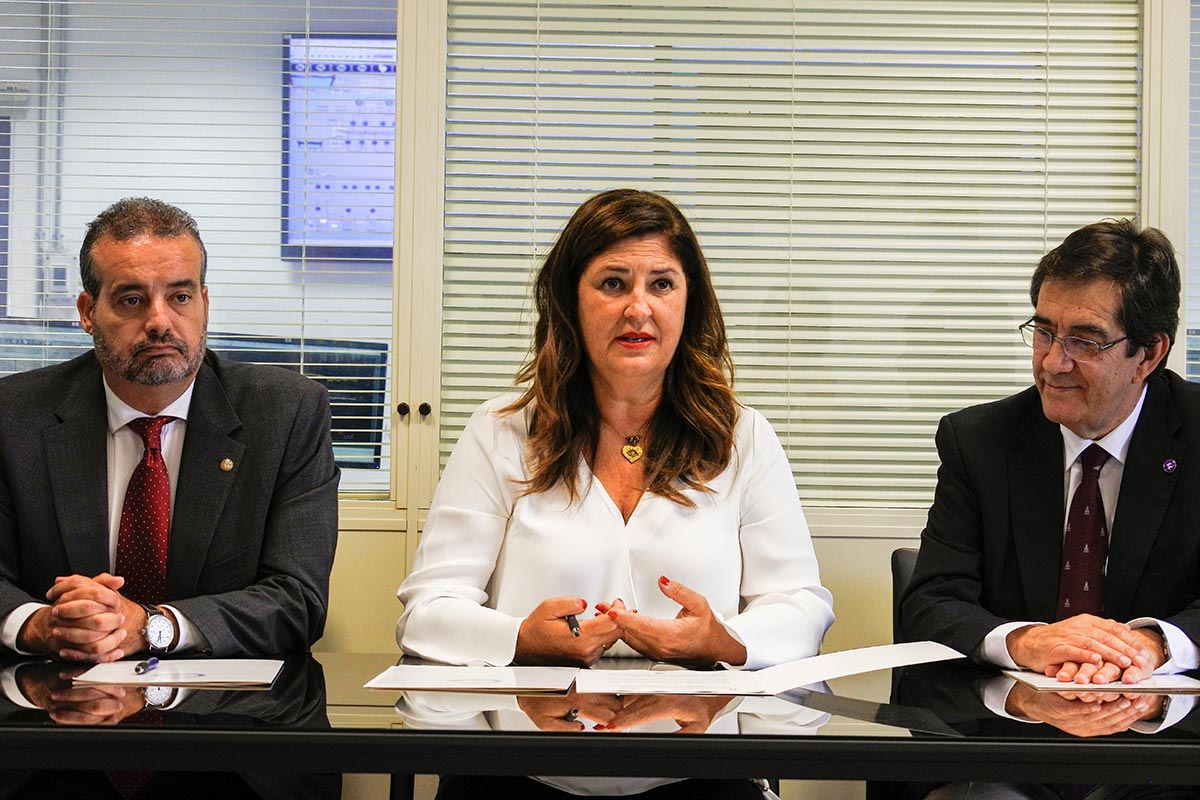 IN THIS UNPRECEDENTED MEETING, THE TWO UNIVERSITIES HIGHLIGHT THE VALUE OF THE WIND-PUMPED HYDRO POWER STATION IN TERMS OF ITS SUPPORT FOR EDUCATION AND AS A DRIVER OF RESEARCH.

Today, on Friday, 5 October, the Chair of Gorona del Viento, Belén Allende, attended the signing of two framework agreements between the El Hierro-based company and the Universities of La Laguna and Las Palmas de Gran Canaria, together with the Chancellors of both seats of learning.

El Hierro’s Wind-Pumped Hydro Power Station welcomed Antonio Martinón, Chancellor of the University of La Laguna, and Rafael Robaina, head of the University of Las Palmas. Together with Ms Allende, they highlighted the importance of the agreements, which will strengthen the relationship between the universities and one of the most outstanding companies in the Canary Islands in terms of pioneering technology within the renewable energies sector. 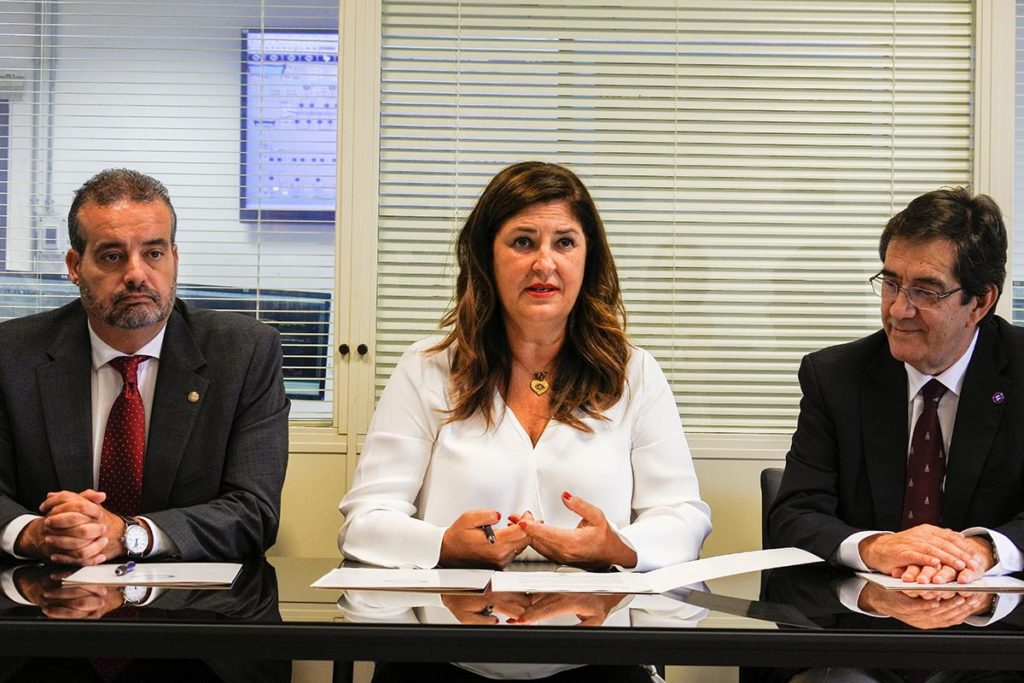 By signing these agreements, the parties commit to drive forward academic activity and research, including student exchanges, the training of teaching staff, research studies and all activities aimed at improving training and education for future professionals and making the technological innovation sector of the Canary Islands into an international benchmark.

In her speech, Ms Allende recalled that since 2010, “Gorona del Viento’s doors have been open to a multitude of students who have undertaken work placements at the Wind-Pumped Hydro Power Station. The company has also worked with many final-year and Master’s degree students, as Gorona del Viento understands that it has a duty to society, and that young people, as the future drivers of development, must be offered all the support they need to form a body of professionals capable of turning the Canary Islands into a laboratory for sustainability, because the Archipelago has the resources to do so.”

The Chair said that, “the signing of these framework agreements goes even further, and now presents the possibility that El Hierro will become the laboratory which will enable the research projects of these academic institutions to move out beyond the classrooms and be tested in the real world that is the Meridian Island. This is, without question a stamp of quality thanks to the way the Wind-Pumped Hydro Power Station has raised the profile of the island with the tangible successes achieved by the project.”

In his address, the Chancellor of the University of La Laguna, Antonio Martinón, appreciated that this agreement will result in a closer relationship between his university and other institutions, and he highlighted what an unprecedented step it was for the two universities to attend together for the signing of this important agreement with Gorona del Viento S.A. Antonio Martinón thanked the Chair of both the El Hierro Island Council and of Gorona del Viento for the opportunity of getting to know a project with such global significance, “and one which places us in the vanguard of renewable energies development.”

In his address, the Chancellor of the University of Las Palmas, Rafael Robaina, recalled the polytechnic background of his university, declaring that its students and researchers become the “armed forces of technology and innovation, and the agreement with Gorona will help us in our mission.” 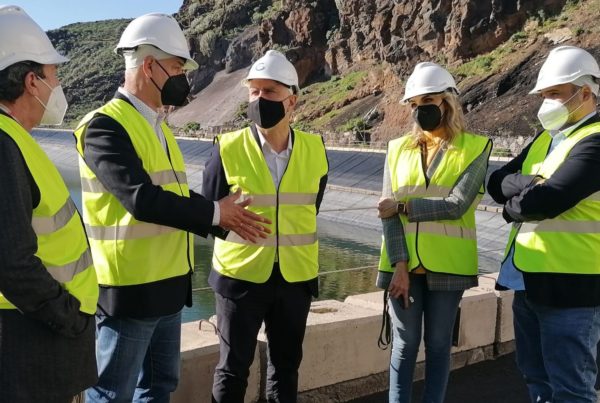