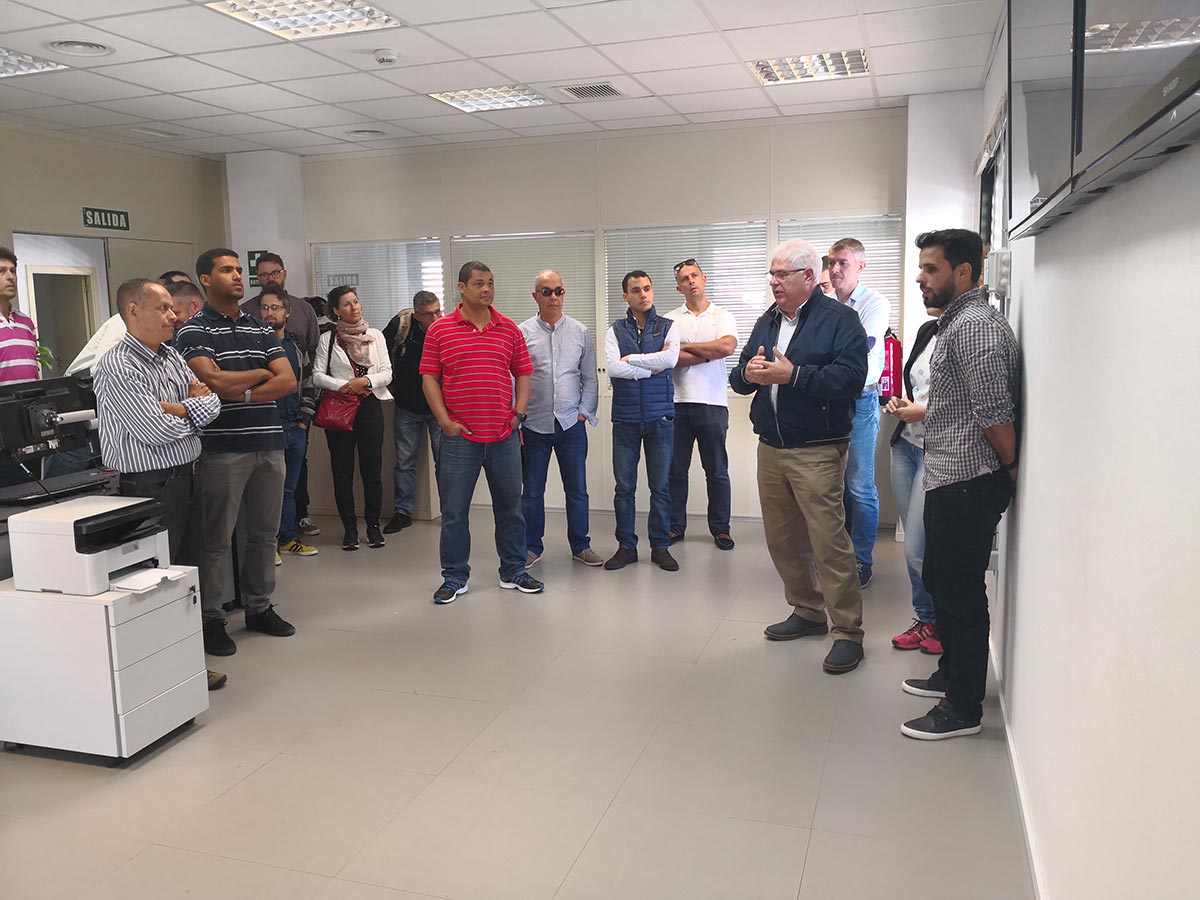 Gorona del Viento is commemorating World Environment Day by setting an example in the use of renewable energies. Increasingly, the company that owns the Wind-Pumped Hydro Power Station is welcoming international researchers hoping to share knowledge, and today Gorona is hosting visitors from the University of Uppsala in Sweden.

At an initial meeting between the University technologists and the Chief Executive Officer of Gorona del Viento, Juan Pedro Sánchez, the Swedes focused a spotlight on the successes achieved by El Hierro in promoting the large-scale use of renewables in island energy systems. This took place as, for the fourth day in succession the Wind-Pumped Hydro Power Station contributed 100% of the Island’s electricity, using clean energy sources. 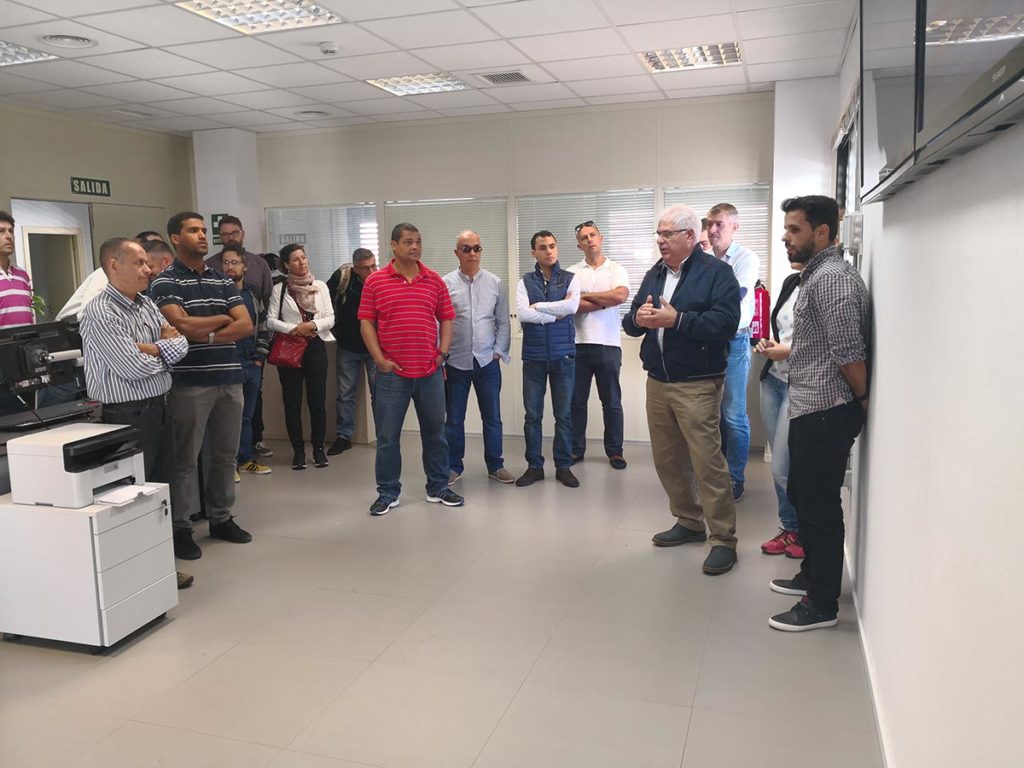 The Gorona del Viento CEO receives the Swedish researchers together with the participants of the CANASAR 2018.

On what coincidentally was World Environment Day, the CEO took the opportunity to highlight the remarkable figures obtained by Gorona del Viento this year. “With our greater experience in the operation of an innovative system such as the Wind-Pumped Hydro Power Station, we are in a position to confirm that renewables are now the principal source of the energy generated on the Island,” explained Sánchez, “as during the current year, Gorona has supplied over 60% of the electricity consumption of El Hierro”.

We began 2018 by beating the record of functioning for 18 consecutive days without the need for diesel-generated energy, accomplishing this feat last January. In the first month of this year, 71% of the electricity came from renewable sources—a good indicator of what was to happen in the following months, as up to May, the Power Station has supplied around, or even exceeded, 50% of the demand.

In just the first 5 months of 2018, the Wind-Pumped Hydro Power Station has managed to save approximately 3,000 tons of diesel oil, an impressive half of the saving achieved in the whole of last year (6,000 tons in 2017). The generation of 20,000 tons of greenhouse gases such as CO2 was avoided thanks to renewable energy generation in 2017. The numbers forecast for this year are still more impressive, as even before the months of strong trade winds, i.e. before the arrival of summer, a saving of around 10,000 tons of CO2 had already been achieved.

Apart from the purely engineering-related issues, the Swedish researchers have also shown an interest in the global sustainability project in the use of clean energy that the Island is spearheading. This morning, Jose Pedro da Silva (leader of the visiting party and a teacher of Earth Sciences) underlined his interest in how the involvement of the public sector in energy transition initiatives is the key to encouraging a change in public thinking.

The University of Uppsala is working to design a programme entitled “Energy transition, sustainability and leadership,” a 3-year training course supported by a collaboration agreement between the University and Gorona del Viento. The latter will contribute a forum for the sharing of ideas and the acquisition of professional knowledge by the Swedish students on El Hierro, and will also boost the establishment of institutional relationships on the part of the El Hierro-based company, as well as potentially reaping the benefits of the advent of scientific tourism.

Gorona del Viento, a company formed by the Cabildo de El Hierro, Endesa, the Technological Institute of the Canary Islands and the Regional Government, has recently initiated actions aimed at positively impacting in the environment, such as the distribution of more than 4,000 LED low consumption among the school population accompanied by awareness talks on energy savings to 1,400 students, in addition to the implementation of 7 new recharging points for electric vehicles around the insular geography.

In addition to the Swedes, Héctor Hernández (the Director of Security and Emergency Planning for El Hierro’s Island Council), also visited the Station today, with a group of international observers who have travelled to the Island for CANASAR 2018, an air accident simulation exercise which will take place tomorrow.

The observers, from neighbouring countries such as Cape Verde, appreciated the inclusion of a visit to the Wind-Pumped Hydro Power Station on today’s itinerary, especially as today is World Environment Day, and as they are well aware of the importance of electrical power in guaranteeing the supply of water in many of their home countries (as is the case on “The Meridian Island” of El Hierro).