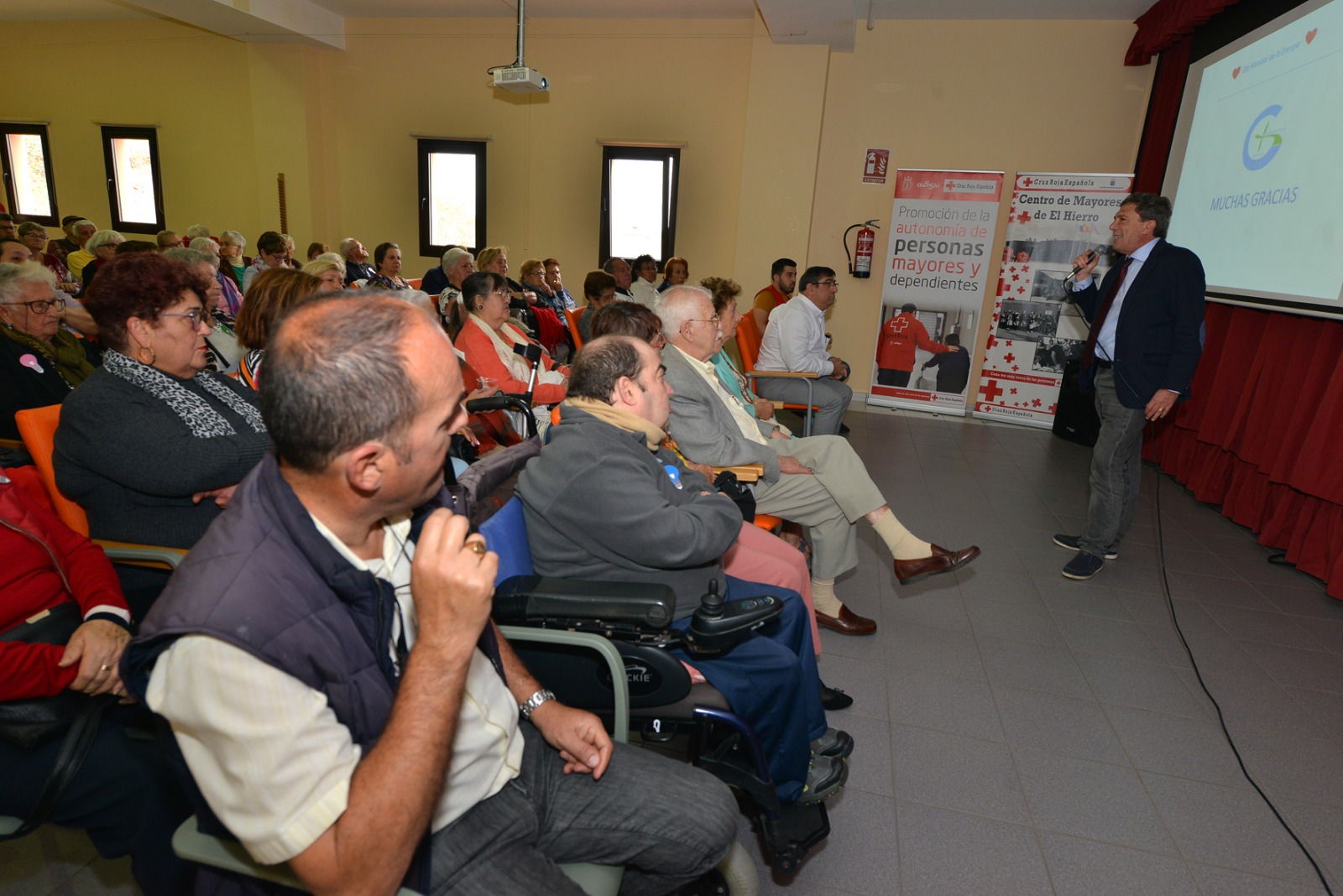 The Chief Executive Officer of Gorona del Viento, Santiago González, today took part in an activity dedicated to World Energy Day. The occasion was celebrated at the Valverde Centre for Older People by the company that owns El Hierro’s Wind-Pumped Hydro Power Station, in partnership with the Red Cross.

During the event, those attending saw how the Meridian Island’s renewable energy self-sufficiency scheme works, and they heard about the environmental benefits that the Wind-Pumped Hydro Power Station has brought since it came into operation.

In addition, as the occasion coincided with St Valentine’s Day, El Hierro’s Red Cross staff organised a workshop on the theme of love and energy. In this regard, Santiago González encouraged participants to demonstrate “love for the planet” by being aware of energy saving and of the sensible use of water, because of the close relationship that exists between the production of water and the consumption of energy.

“We have progressed so quickly in our quest for convenience that we have not shown due concern for the consequences of our actions”, explained the CEO. “In the case of water, for example, in order to guarantee the availability of this resource (so essential to life and to the development of our island), we installed desalination plants, but by doing so we increased our consumption of electricity. So we needed to mitigate the effects of this; we needed to establish a balance — and we’ve succeeded in doing so by generating energy from renewable sources”, he added.

Apart from the users of this Day Centre, other representatives of older people’s associations on the island came to the capital, and Gorona del Viento undertook to organise activities with them in he near future. These include a visit to the Wind-Pumped Hydro Power Station, so that they can see this innovative system in operation for themselves, and discover the positive contribution it is making to the island’s sustainable development.

“This commitment is necessary when we take into consideration that El Hierro’s Island Council is the majority partner in Gorona del Viento, and that means that the residents of El Hierro are the main owners of this project. Therefore, they should know about it, and about the benefits it brings”, the Chief Executive Officer commented during the event.

At the same time, and in line with the policy of Corporate Social Responsibility that Gorona del Viento has been able to adopt (thanks to financial profits from the sale of energy), each of those participating in this activity was presented with a set of LED low-energy light bulbs by Gorona, along with a leaflet setting out good practice in relation to respect for the environment.

This event was made possible by the Project to Promote Independence among Older People on the Island of El Hierro. This is run by the Red Cross with financial support from El Hierro’s Island Council, as well as the Valverde Centre for Older People itself (which is supported by the Canary Islands Government).